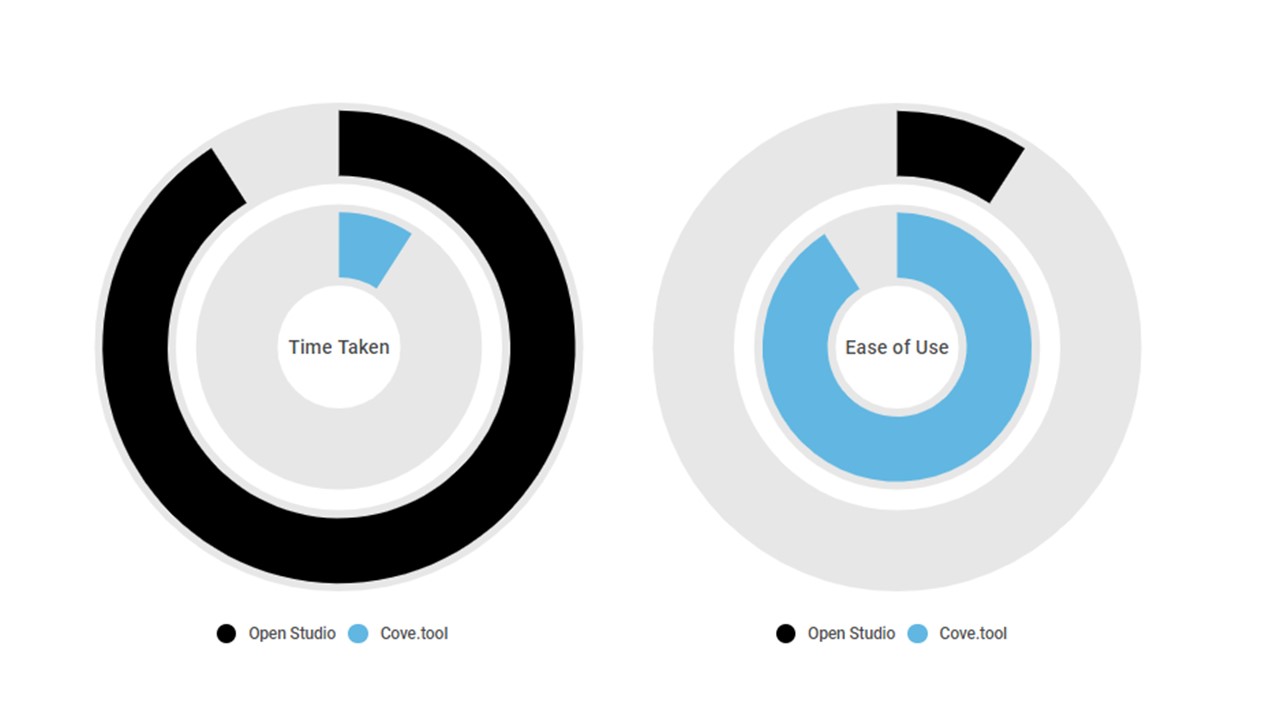 The world of energy modeling can be broadly divided into 2 main categories:

Every software is as useful as the results that it produces, giving cove.tool a unique advantage. It creates models within 5% of detailed Energy Plus models, in less than tenth of the time. As most of you would know, energy modelers are not cheap, making their time savings a big cost savings on the project.  The study below conducts an investigation of a OpenStudio (Energy Plus) model vs cove.tool for a classroom building.
​
The process of creating the OpenStudio (EnergyPlus) for an existing classroom building of involved mocking up the geometry in Sketchup and adding in the various building parameters such as envelope, occupancy, temperature setpoints, lighting density/control, etc.

Further, since this was an existing building’s renovation project, the baseline model was then tuned by looking closely to the utility bill for the last 10 years. All the calibration resulted to an Energy Usage Intensity (EUI) of 101 kBtu/sqft per year.  The present system was consuming about 84% of the energy instead of the typical 50% for HVAC systems which ultimately led the project team to consider for other efficient HVAC system replacement options. In addition to the mechanical system, upgrading the wall and roof insulation, lighting, glazing, shading strategies were also brought on the table. 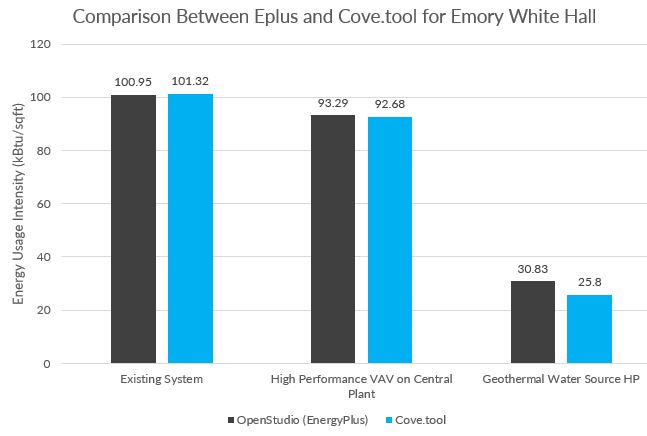